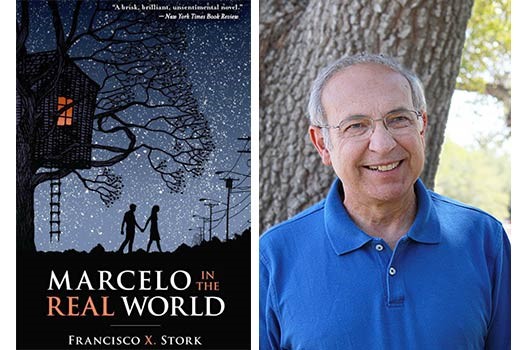 Theme
The resourcefulness of Marcelo in the real world as well as having a lot of knowledge in different human emotions.

Marcelo often talked about himself in the third person; he lives in a tree house and works with religion and philosophy. He often hears music in his head which no one else does, and he loves his school in which his distinctive feature is one of many there. He is excited that during the summer before the last year of school he will spend with horses used for therapeutic riding. Unfortunately Marcelo’s father asks him to work in his father’s law firm as he believes that that will help him learn what the real world is. Wanting to please his father, Marcelo accepts the job and makes friends with Jasmine and Wendell. As the summer passes by, he faces new emotions, ideas and ways of behavior and only time will show if he can deal with it.

What are the distinguished readers interests reflected by this book/story?
This story shows an individual who is aware of his differences and accepts his father’s request of joining him in the real world. This is a challenge of itself with facing the life of adults, accepting responsibility without any parent protection.

Why is this story motivational for the pupils?
The story can be interpreted in different ways – family relationships, the rough world of working in the lawyer world, and rush of emotions – facing emotions (friendship – love – sexual pleasure).

Is there a historical, political, multi/inter cultural, migrant or similar context recognized in this book/story?

Is there a principle of inclusion reflected in this book/story and does it promotes understanding of cultural diversities and heritage?
Inclusion is present by attending regular school. Encourages understanding and tolerance in joining already existing system.

Students can examine the American educational system, and compare lives of their peers ( becoming independent, work, life with parents…)