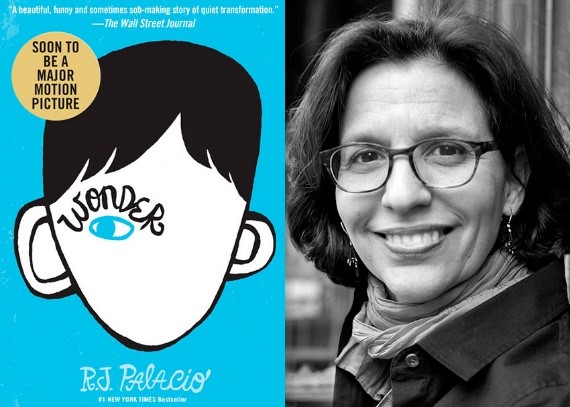 Theme
Auggie Pulman is a ten year old boy who lives with his parents and older sister in New York. He was born with a face deformity and was homeschooled his first four years due to various health issues. Soon, he will start the fifth year of school in Beecher and it will be his first time to be surrounded by kids his own age.

This is a book about August Pullman, whose nickname is Auggie. He is a ten year old boy, who suffers from atypical problems. It’s not about normal girl problems, fights with parents, or school.. However, Auggie is starting school! Although he is ten years old, he spent half his life having operations due to his face deformity. He was homeschooled and lived under the rock.

Although Auggie is smart, heart touching and funny, the first thing people notice is his face, which he describes quiet openly and brutally. Due to the unavoidable reactions, as well as bullying, his parents wanted to protect him, which is the reason he was homeschooled. Fifth grade however, is the breaking point and Auggie is hesitating to go to a real school.

You can just imagine what happens next – from pity to bullying, and acceptance and rejection. The fifth grade for Auggie is becoming a real life lesson, where he learns to fight for himself. Facing up to his peers and professors, who all have different reactions to his face, and Auggie finally starts to accept who he is. Not only is it helping him, but he is giving a lifelong lesson to others too.

Why is the story appropriate for the targeted groups of RSP readers?
It teaches us to accept who we are

What are the distinguished readers interests reflected by this book/story?
The book answers a lot of questions, even though Auggie is different, he faces problems like his peers do. Why do I have to go to school? How to know who is a real friend? Am I the only one who has problems with their siblings? Am I accepted in the family and society? Why me?

Why is this story motivational for the pupils?
The students can identify their own problems, and find answers to them by trying to find their identity and answering to the questions, Who am I? Who am I in comparison to others?

Is there a historical, political, multi/inter cultural, migrant or similar context recognized in this book/story?
Multicultural context is visible in the story of Auggie because the novels setting is in New York, a multicultural environment, a city full of different cultures, race, religion, points of view (political and social), which is  visible in Auggies commute from home to school and surrounding.

Is there a principle of inclusion reflected in this book/story and does it promotes understanding of cultural diversities and heritage?

The principle of inclusions is the leitmotif of this novel. Although the novel brings up many themes, the main theme shows a boy with difficulties in attending a normal school. It promotes understanding differences between people and the cultural differences which are visible in representing the characters that surround Auggie. His peers from class and school and their parents, professors, principle, neighbors who live differently, are raised differently, view the world differently and completely have different values in life.