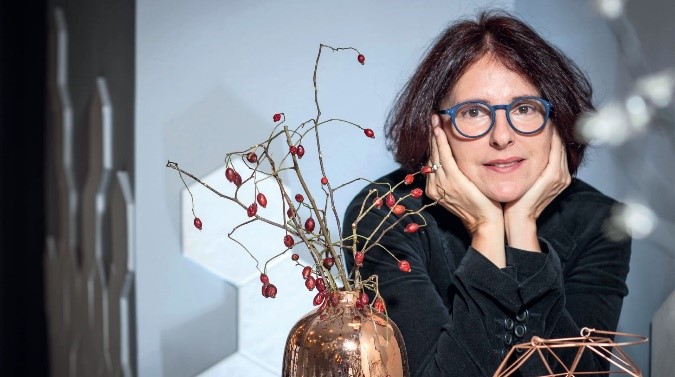 Theme
The story is told in the first person by an unnamed girl who arrives at her grandmothers apartment too late, which is now an empty apartment. The owner of the apartment is now the bank. Even though the exact reason why the apartment didn’t stay in the family’s possession is unknown, we can guess it is about covering up debt by the repossession of   movable possessions and real estate.

She enters into her grandmother’s empty apartment, she’s too late, the bank has already emptied it, she wasn’t able to say goodbye to neither her things nor the space she was attached to as a child. She’s furious, but in the apartment, in the empty rooms, she is able to find memories of happiness she felt while being with her grandmother. She looks at the place where the stove was, where the flower pots were, and paintings, she also recalls the way the furniture looked like. She moves on to the kitchen and balcony… There is nothing there, only memories, scenes and conversations with her grandmother. She learnt a lot from her. It’s like she’s talking to herself, mentioning Eingemachtes, ashtray, soup pot… items that remind and bring her back to the past. From all her grandmothers’ stuff, she only found a feather on the floor. Furious and hurt with injustice, she decides to fight for her grandmothers’ possessions and apartment.

In the story, an everyday situation is brought up, actually it’s the reality of this world. Students know how to recognize injustice and similar or the same motives in literary texts. This story is suitable for a specific RSP group of readers as it encourages the understanding of problems of society this girl went through herself, through analyzing and interpretation this specific problem (she was left without the right of her family’s possessions). The situation she was put into leaves the students to feel empathy and have a certain amount of criticism towards the ineffective administration and bad system. This story is also suitable for working with students because of the  linguistic features and style: contains Germanism typically used in conversational idiom of older people in Zagreb and northern parts of Croatia. This is why this text is good for a lingvo methodic template for class’s lexicology in the last year.

What are the distinguished readers interests reflected by this book/story?
Taken into consideration that social problems are everlasting and are present everywhere, this story can rise interest of the reader in various ways:

Why is this story motivational for the pupils?
Students are faced with real life problems that are present in their surrounding whether its close or far, they find similarities in all personal experiences

Is there a historical, political, multi/inter cultural, migrant or similar context recognized in this book/story?
In this story, present and real social context is recognized:  the amounts of social responsibility banks and state law have towards an individual, which most times end up feeling cheated on and unprotected.

[1] The same story can be found under three different titles; One feather, Grandmathor in my pocket and Recolution. However you will find that it is under the last title Revolution. The materials used here are under the title One Feather, unde which it was poblished in 2014 in the book collection 20 +1 best summer stories of 2014