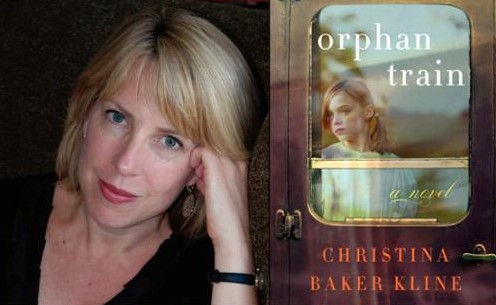 Theme
The book shows the hard life of an orphan in the United States through two stories: a story of an Irish immigrant called Niamh, who enters into an orphan train in the 30’s of the 20th Century and the story of a 17 year old foster kid named Molly, who is from India, placed at the beginning of the 21st Century.

Molly has already changes a few foster families, and she is a bit eccentric when it comes to dressing up, she has a hard time fitting in and connecting to peers her own age as well as with older people. Due to a theft attempt of a book she’s faced with a conditional sentence where she might be put in a   Juvenile Detention Centre, but her boyfriend is able to arrange that she helps a 91 year old lady named Vivian (Niamh) in tidying up her attic. Vivian and Molly connect due to similar lives – Vivian was also an orphan, and reveals to Molly her hard life. Between the years of 1845 and 1929, frequent trains would pass the cities from the East to the country side up in the Midwest and pick up a hundred thousand orphans whose faith was placed in the hands of luck. That’s how Naimh changed a few families, went through tough situations, until finally she came into a family that gave her a normal life. Molly, with modern technology, helps Vivian find family member, while Vivial gives love and security to Molly.

What are the distinguished readers interests reflected by this book/story?
The book is based on parts of the American history that is known so little about: trains that transported orphans from one part of America to another, and shows the faith of the kids that were mostly child labor. The book is touching and it shows the lives of two strong women who fight for themselves to have a better life.

Why is this story motivational for the pupils?
The theme and style of writing make this book stimulating for student. Following the life of Niamh and Molly, the students can think about the faith of other kids and face the problems of today’s society. The book also raises awareness to all the things we believe to be normal in today’s life.

A part of America’s history is presented: immigrants’ coming from different countries in search for a better life, only to find out it’s not like that, with more misery and poverty.

Also, the relationship towards the kids in the 20th century is described, as well as the trains themselves.

Is there a principle of inclusion reflected in this book/story and does it promotes understanding of cultural diversities and heritage?
Yes, inclusion of immigrants in America, as well as including abandoned kids and orphans in families and the society, as well as in schools in the 21st century.

It encourages the understanding of cultural differences and heritage (ex. Niamh always carries a Celtic cross around her neck which her grandmother gave to her, always looking at peoples reaction to it, as they react to her weird hairstyle. On the other hand, Molly is different due to her looks, and finds problems in her foster families, who do not accept the eating habits.).