My son the fanatic - Methodology

Title of Activity
Towards a Cosmopolitan Readership / Trojan Horse

Organization of the class of pupils: group work

The aim of the lesson:

- Development of empathy, through re-creation of a character’s voice and thoughts

Reading, interpreting, and discussing text is preceded by

which provide motivation and background information to facilitate reading and enable students to put Kureishi into a wider, non-literary as well as literary context.

1. The students are divided in groups (3). Each group, according to the interests of its members, takes on the task of collecting, selecting and evaluating information on a specific topic related to Kureishi.

2. Thus, as with the puzzle, each group adds its piece of information in order to gain more comprehensive view of the author and prepare the ground for an encounter with the text.

Students are provided (or find information on the Internet) with material on changes in rock music during 1980s and 1990s. A focus is on shift from glam rock (David Bowie) to punk rock (Sex Pistols). Additionally, depending on the class, changing in sexual mores, fashion, leisure activities etc. Since students tend to get side-tracked into presenting either pot-pourri of 1980s and 1990s pop phenomena or exhibiting encyclopaedic knowledge of this era, Teachers should make sure that the focus stays on music and a reflection of its age, especially of shifting social phenomena such as attitudes towards authority, material success, social issues, sexuality or gender constructions.

Students learn about Kureishi as a ‘cultural icon’ and celebrity, about his views on literature, race, sex, family. The best source is his website (http://www.hanifkureishi.com). This fosters a true human interes angle, for Kureishi’s star quality is not to be underestimated in today’s ‘promotional’ culture. To make the most of it, students can embellish classroom walls with author's posters.

Here students research the most important facts and figures about contemporary Britain’s ethnic minority groups. This provides the factual background to Kureishi’s fictions. Teacher should encourage students to go beyond enumerating statistics and research how minority groups actually experience life in Great Britain.

Since most of Kureishi’s novels and short stories are set in London, students are given the task of doing research about London – with special emphases on matters of class, ethnic minority groups, and ‘in places’. In developing thir own ‘mental maps’, students learn about one of the main categories of recent cultural-studies interests: the construction of ‘space’ (urban vs. rural space; suburbia vs. the city) as means of fashioning identity.

After preparatory activities, students will be able to connect their reading of story with various strands of ‘cultural knowledge’, thus creating a more lasting and increasingly tightly woven ‘web of knowledge’. Their involvement with Kureishi will not take place in mental vacuum; rather they will be able constantly to link literature, film, music art etc. with previously acquired knowledge.

1.The groups are given the handouts – they are going to read:

Designed to introduce students to some of the mechanisms of othering (theories of postcolonialism), alterity or discourse analysis.  As some of the arguments are only reported in indirect speech and some issues of the debate are just hinted at in the passage, students are asked to fill in the arguments in this ‘standoff’ between fundamentalist son and westernized father revolving around Ali’s accusation of his father: “You are too implicated in Western civilisation”.

Two methods of working with literary text are suggested by taking the students off the page, responding to them by turning them into performance and role play.

Here not only oral skills, reading skills, skills in extemporising and improvising are promoted, but also awareness of the role of non-verbal features such as gestures and body language in communication. Drama work (holistic in its scope) aims at fostering a stronger sense of involvement, thus helpings to motivate students and encourage them to learn through active participation.

The staging of the following activities encourages students to get involved in the controversial debate about opposing value systems.

Activity 1: Turning the restaurant scene into a tableau

Frozen tableaux or sculpting scenes enhance students’ understanding of literary text. Students can visualize the scene depicted by taking on the roles of the characters and can create character constellations by interpreting the relationships between the protagonists involved; in order to create a composite picture expressing all the features and relations of the characters.

A number of frozen tableau activities can be put into practice. All exercises should avoid contortions, as students must be able to hold their pose for a minute or so.

The teacher asks his students. “We need someone to shape us into a picture”. A volunteer comes forward. “Right, you may bring the characters into your sculpture in any order.” The volunteer decides who will represent Ali and Parvez, Bettina, and Parvez’s nameless wife (Ali’s mother). No one may speak and the characters must be physically loose and pliable. The sculptor moduls them into the image by placing them in the group, curling a little finger here, tilting a head there, turning the corner of ones character’s mouth, etc. Then students discuss what this sculpture reveals about the individual character’s personality and the relationship between the characters.

No sculptor is chosen, but the students enter the tableau, one at the time. They themselves decide which character from the tekst they represent. They may ‘sculpt’ any alterations they may wish to those already assembled. Again, there must be no spoken instructions or requests; everything must be sculpted.

Students are sent off in pairs (Ali, Parvez) or in groups of four (including Bettina and mother/wife) with their texts to choose a significant quotation from the text scene (for instance, when Ali rejects alcohol, “But it is forbidden”). After carefull discussin of the line, students must find a physical way of presenting it to the rest of the group, who will try to guess the actual quotation.

After activities one and/or two the students describe how they feel towards the other characters of the tableau.

Activity 2: Re-enacting the restaurant scene with the help of cue cards

Using cue cards as a useful method of furthering students’ skills in improvisation and impromptu speech. It is a sort of ‘guided task’ during which students respond to stimuli and create, as in this case, an exchange of opinions and ideas. The restaurant scene would seem to be an ideal scenario for such an exercise, as father and son confront each other with conflicting opinions, ranging from concrete things (drink, pork etc.) to abstract ideas (attitudes towards women, religion etc.). Students may be asked to make a list of the ‘bones of contention’ which are bound to come up during such confrontation – apart from the matters mentioned in the text. Then they act out the confrontation. Two students sit down at the table; other students may remain standing behind them, providing them with cues and prompts or acting as Bettina and mother/wife. Then the ‘waiter’ hands the actors cue cards – each time Ali or Parvez voices his or her opinion on the subject-matter presented to them. To help students slip into their roles, it is advisable to start with tangible, actual things first and then go on to more abstract matters. The goal is to make students ‘slip into a role’ and present opinions on a range of issues in consistent manner. Here we have a debating society of sorts, but with a difference. Cue cards could first prompt responses on alcohol, pork, cigarettes, Western movies, whores, or amenities of Western life-styles. Then they could elict responses to the father’s plans for his son: school, stereo equipment, VCR, computers, girlfriend, sports, or college. Increasingly, the conversation could turn to general issues such as assimilation vs. separation, or fitting in vs. fundamentalism. Students should also be encouraged to find an ending to this performance, culminating in reconciliation or separation. After the performance, students should discuss not only the pros and cons of the arguments presented, but also how they felt about this performance.

Did it create more tolerance? Did it reconfirm existing prejudices? They might also go on to speculate about Ali’s reasons for becoming a fundamentalist (only hinted in the text).

In order to evaluate and assess the effective impact of the previous activities upon the students, they are asked to finish reading the story and elaborate a short paper in no more than 5 minutes bringing the final conclusions about its end.

Students are assessed on their ability to demonstrate:

Effect of the activity on RSP reading: Practices innitiate thought-processes in the students´ minds leading to what could be called greater cultural sensitivity, a heightened awareness of both cultural differences and cultural commonalities – and this applies not just to race, but also to gender, class etc.

Architecture in Art - the construction of ‘space’ (urban vs. rural space; suburbia vs. the city) as means of fashioning identity. 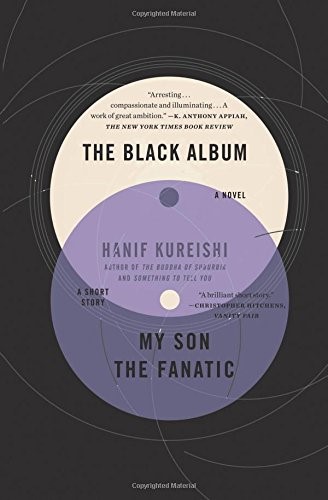 The expected outcomes of the lesson:

The students will be able to demonstrate:

Both the teaching method and the text can help in increasing RSP readers interest in reading; enhance their…

Mechanics of creating meaning my means of binary oppositions can be apply later on whole story to achieve new skills in unravelling meanings in text.