Singer in the Night - Book information

Book title
Singer in the Night 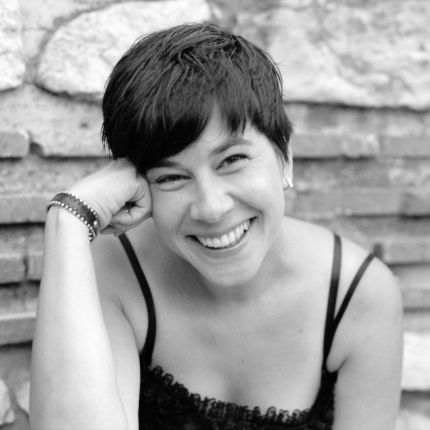 Theme
A romantic novel, an adventure novel (search elements, travel, road novel), an epistolar novel (first and last chapters are letters), a sentimental novel, a novel essay (life, love, death, duration, memories) but at the same time it is a parody of all those genres (pseudo-chicklit, etc.).

Short summary
The main characters of the love story are former couple - Naranča Pejović and Slavuj Mitrović – she being a screenwriter of soap operas and he a poet, street artist, activist. Their long-awaited youthful love had been interrupted because of different views of the world: hers which focuses on business success and his idealistic and directed towards true art. The main thread of the novel follows Naranča in search of the Slavuj, for which ishe decides because of the amnesia she faces after a car accident. She plans to find him through their former friend Helanka, a refugee from Bosnia, a physician who lives on her own eco-estate. The social environment and space of the novel are also the parts of former Yugoslavia: Ljubljana, Zagreb, Split, Dalmatian Zagora, Bosnia. Everything ends in Detroit. The plot goes back twenty years, covering the war and post-war period. Slavuj, Naranča and Helanka belong to the generation whose youth is marked the war. Traveling through the Dalmatian Zagora and Bosnia Naranča  is reinvigorates the history of this area.

Compositionwise, the novel has two parts. The first, significantly longer, is narrative in the first person, narrator Naranča tells the story of her life in the confession tone. The second part is in the third person and carries the name Detroit as the name of place for  new Utopia.

The story is suitable for the target group because it is largely a pseudo-trivial genre that in rich and layered literary-style and at the same time is very tedious one as a good incentive for controversy over art and various relationships with it. The target group of RSP readers is inclined, according to surveys, to sentimental and adventurous themes, and this novel just makes thise genres less pathetic  and pseudo-female, for example, turns into a racial love novel. There are also exceptionally appealing motives of modern art, contemporary media, movies and TV scenarios, telenovela, street art (graffiti, murals), music, eros, emancipation, growing up, relationships between children and parents, family problems, utopia, social activism, relationships urban and rural, ecology, diseases, social isolation, narcotics, new feelings, social psychoses ...

What are the distinguished readers interests reflected by this book/story?
The readers will recognize, the classical in the contemporary through a love story up to an epistolar novel, from Croatian literature (Dinko Šimunović) to one of the world (contemporary American prose), to compare and valorize the stereotypical and original, to deepen the awareness of modern art, postmodernism, to develop a critical relationship according to contemporary social challenges and issues.

Why is this story motivational for the pupils?
The story is extremely motivating for students because they can be recognized in many of close-up situations, with an exceptionally good and innovative style, skillfully embedded in the richness and depth of the prose, with close-knit and fresh young humorous and ironic discours.

Is there a historical, political, multi/inter cultural, migrant or similar context recognized in this book/story?
The life paths of Slavuj, Naranča and Helanka can be seen as three different reactions to the war: activism, migration and escapism. The war and post-war period in Croatia and neighboring countries, the fate of Bosnian refugees in Croatia, the war in Split, the historical-political depths, socialism and capitalism (banks), migration to the West ...

Is there a principle of inclusion reflected in this book/story and does it promotes understanding of cultural diversities and heritage?
The principle of inclusiveness is covered in the whole novel, convincingly and strongly promote the ideas of coexistence, criticism of nationalism and chauvinism, the idea of ​​restoring tragically broken relationships, respect and support for differences and the different, empathy, acceptance and understanding of cultural differences. Characters and events represent different, but at the same time close and historically driven social and cultural heritage.