My son the Fanatic - Book information

Book title
My son the Fanatic 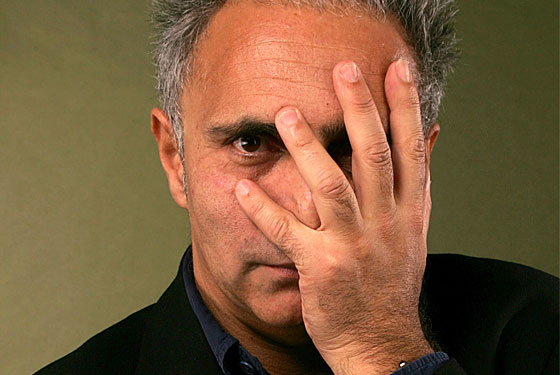 My Son the Fanatic is a short story first published in The New Yorker in 1994. It was reprinted in Kureishi's 1997 collection of short stories, Love in a Blue Time, and also as a supplement to some editions of The Black Album.

The theme of My Son the Fanatic is culture clash. This first displays as intergenerational conflict between a father, Parvez, a Pakistani immigrant, and his son Ali. More significantly, it shows the deep divide in worldview between the secular west and fundamentalist Islam.

Parvez is a Pakistani immigrant living in England. He works as a taxi driver and has assimilated to Western ways of life. His son, Ali, seems to have embraced the lifestyle of his British peers. Parvez, however, is growing more and more suspicious of his son as he notices apparent changes in Ali's behavior. The taxi driver talks about his worries to his colleagues and to Bettina, a prostitute who has become Parvez's friend. All his "dreams of doing well in England" (which include a happy wedding and a safe job in accountancy for Ali) crumble when his son confesses that he is disgusted by his father's neglect for Muslim precepts about prayers and his father's disregard of the ban on alcohol and pork meat. Increasingly disturbed by his son's religious fundamentalism and contempt for assimilation, Parvez one night repeatedly hits Ali. The son reacts with only a question: "So who's the fanatic now?"

What are the distinguished readers interests reflected by this book/story?
Even though published in 1994, Kurieshi's story speaks to a reality with which the world is struggling today. The issue of so-called "radicalized" youth concerns many people in our world today.  "My Son, the Fanatic" insists that when we encounter that which is different, we must try to understand it. The particular generation, the one to which Ali belongs, is uniquely different from all others.  They possess language and cultural skills that their parents did not.  At the same time, they have become aware that the singular and surface based pursuits of their parents' generation.

Why is this story motivational for the pupils?
As several binary oppositions are reversed, the story can  be interpreted on several levels and students can learn that no reading can ever be complete or finished. They will be motivated to read it more than once.

Is there a historical, political, multi/inter cultural, migrant or similar context recognized in this book/story?
In the broadest terms, New Historicism uses literature to try to reconstruct or understand the social or intellectual history or "feel" of a particular period. This can be applied to this story in order to understand what it was like to be a Pakistani immigrant or child of immigrants in England in the 1980s and early 1990s.

Is there a principle of inclusion reflected in this book/story and does it promotes understanding of cultural diversities and heritage?
From the very first sentence, "Surreptitiously, the father began going into his son's room," readers become accomplices of the father and closely identify with his point of view and his bewilderment at his son's fundamentalism. Readers would normally expect to see the old generation tied to ethnic and religious traditions; second-generation immigrants would be more keen to assimilate. This process of subverting readers' expectations is carried to the extreme as Kureishi's short story ends with no immediate closure and no reassurance of any possible resolution in the future. Theories of hybridity aim at breaking open traditional, inadequate dependencies on binary pairs which are used to generate rigid ordering-systems. By contrast, Kureishi aim at constructing more fluid, flexible ordering system which reflects the individual's personality and is conductive to more openness, mutability, and tolerance. In his texts, the author constantly question the hierarchical binaries on which we base our assumptions about race, class, and gender.

From this point of view, the development of the principle of inclusion and understanding of cultural differences and inheritances in today's students population is a priority.