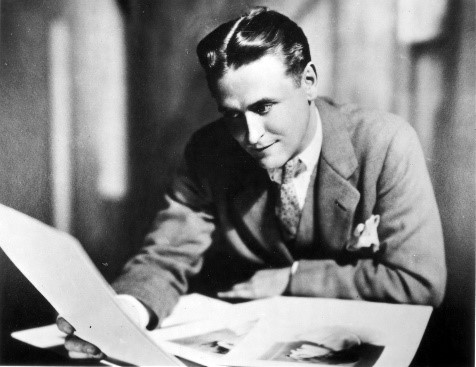 The decline of the american dream in the 1920s
On the surface, The Great Gatsby is a story of the love between a man and a woman. The main theme of the novel, however, encompasses a much larger, less romantic scope. Though all of its action takes place over a mere few months during the summer of 1922 and is set in a circumscribed geographical area in the vicinity of Long Island, New York, The Great Gatsby is a highly symbolic meditation on 1920s America as a whole, in particular the disintegration of the American dream in an era of unprecedented prosperity and material excess.

The hollowness of the upper class
One of the major topics explored in The Great Gatsby is the sociology of wealth, specifically, how the newly minted millionaires of the 1920s differ from and relate to the old aristocracy of the country’s richest families.

The Great Gatsby is the story of eccentric millionaire Jay Gatsby, who is in love Daisy Buchanan. Buchanan has a kept woman, Myrtle, the wife of a long island mechanic. Gatsby, Jay Gatz at the time, and Daisy had once been in love, but Daisy married Tom while Gatsby was in Europe during the Great War. In the aftermath of this, Jay Gatz abandoned his old identity, becoming Jay Gatsby and amassing a fortune with the help of notorious criminal Meyer Wolfsheim.

Gatsby and Daisy begin to see each other secretly. Nick and Gatsby also become close. Buchanan eventually confronts Gatsby in Manhattan about the affair, and the two argue about who it is that Daisy genuinely loves. Daisy claims to love both of them, but she decides to return to Long Island with Gatsby, not her husband. Daisy drives Gatsby’s car, but she accidentally kills a woman on the side of the road, and then speeds off. It turns out that this woman is Buchanan’s girlfriend Myrtle—she had only run out to see the car because she thought it was Buchanan’s.

4. reflects historical moment of the 1920th in the USA

5. it promotes understanding of cultural diversities and heritage

The theme is contemporary, though from the 20s of the last century in America. Reality, understandable to the young reader , with fun-filled entertainment, exotic surroundings, social differences and passionate forbidden love, the vanity of upper class living.

What are the distinguished readers interests reflected by this book/story?
Gatsby  explores the dream's destructive power. The Great Gatsby also captures money's power to corrupt, to let the rich escape from the consequences of their actions. Here's Fitzgerald's description of that original couple: "They were careless people — Tom and Daisy — they smashed up things and creatures and then retreated back into their money …"

Why is this story motivational for the pupils?
Eternal themes of crime and tragic love, misunderstanding, alienation, escape from reality, searching for identity, the futility of upper class living

Is there a historical, political, multi/inter cultural, migrant or similar context recognized in this book/story?
Historical period of the 1920s in America, time of crazy fun, accumulating wealth through suspicious business, returning after the war, coping with real life.

Is there a principle of inclusion reflected in this book/story and does it promotes understanding of cultural diversities and heritage?
Roman promotes understanding of cultural differences particularly class differences, ​​encourages thinking about responsibility, the problem of gender relations, the relationship with children.