The Lord of the Rings – The Hobbit - Book information

Book title
The Lord of the Rings – The Hobbit 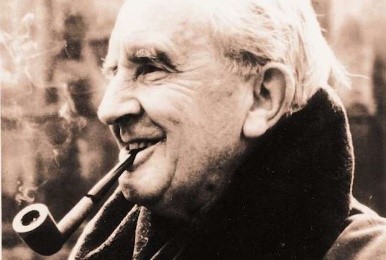 Original Title: The Hobbit : or There and Back Again

Series: Middle-Earth Universe, The History of the Hobbit #1-2

Theme
The evolution and maturation of the protagonist, Bilbo Baggins, is central to the story. This journey of maturation, where Bilbo gains a clear sense of identity and confidence in the outside world, may be seen as a Bildungsroman rather than a traditional quest.

Short summary
The action begins when the wizard Gandalf and 13 patrons enter the house of Bilbo Bagins: Thorin Hrastoštit, Óin, Glóin (his son Gimli is one of the main figures in the Lord of the Rings), Dwalin, Balin (He was Gimli's cousin who was in Khazad-Dum), Bifur, Bofur, thick Bombur, brothers Feli and Kili, Dori, Nori and Ori). They persuade Bilbo to go with them on the voyage and soon move. Soon, the troupe is captured by Troy, but the Trolls fail to hide from the sun and become obscure. The fellow takes some of their treasures and goes to Rivendell. From there they move to Mount Erebor to kill the dragon Smaug. After leaving the Rivendell they were captured by the Goblins but failed to escape. During the run, Bilbo lost, and in the dark found the unique Ring. With the help of the eagles they manage to cross over the Misty Mountains, and come to the Beorn House. They then go to Mirkwood, where they captured King of the Thatcher of Thatcher. But once again, they escape to the wine barrels and go to Lake Town. In Lake Town they are supplied and moved to the mountains. Bilbo manages to steal the gold cup, and Smaug from the revenge attack on Jezergrad. Bard manages to kill the dragon. The congregation remains closed in the mountains, and the army of people from Lake Town, the viles of Mrkodol, and the dwarves from the Iron Mountain are moving treasured. The armies are preparing for the attack, but then the Orcs from the Maglena Mountains are attacked and they unite. With great losses, the Anti-Military Army wins and shares the treasures in equal parts. This battle is still called the battle of the five armies.

1. Appropriate for the target group of readers

3. It is highly motivational

4. Recommendations and the report emerged from the survey results

What are the distinguished readers interests reflected by this book/story?
It is future oriented and guides the pupils in terms they can understand in both, their conscious and unconscious mind in order to relinquish their infantile dependency wishes and achieve a more stratifying independent existence. The wish-fulfillment element of fantasy both relieves anxiety and shows the child that personal success can be obtained, although at a certain price. At the heart of this lesson is the fact that the hero must work for his success. Magic accessories and good advice may be given to him, but he must use these aids actively and appropriately, and success often comes only after years of obscure labor or initial failure. Thus, the development of the hero is less a matter of change than of self-discovery.

Why is this story motivational for the pupils?

1. The Hobbit presents an intriguing variation on the usual quest narrative. The object of the expedition, Smaug's treasure, is not desired by the main character, Bilbo Baggins. The seeker is instead the obsessive dwarf Thorin Oakenshield. But Bilbo is also on a kind of quest. By joining the dwarves he hopes to prove to himself that he has inherited his grandfather's courage. While we would expect to find a brave-hearted fighter like Thorin venturing into a dragon's cave, Tolkien demonstrates that "a humble hero" may also be suited to such exploits.

2. The overcoming of greed and selfishness has been seen as the central moral of the story.

3. The Hobbit employs themes of animism. An important concept in anthropology and child development, animism is the idea that all things—including inanimate objects and natural events, such as storms or purses, as well as living things like animals and plants—possess human-like intelligence (John D. Rateliff calls this the "Doctor Dolittle Theme" in The History of the Hobbit, and cites the multitude of talking animals as indicative of this theme.

Is there a historical, political, multi/inter cultural, migrant or similar context recognized in this book/story?

1. Tolkien wanted LOTR to read as history, an imagined slice of our planet's actual past.

2. Tolkien placed the modern problem of technology at the heart of his saga. He did believe that progress came at a price, and he doubted that modernism could satisfy the deeper yearnings of the human heart.

3. Personal growth and forms of heroism are central themes of the story, along with motifs of warfare. These themes have led critics to view Tolkien's own experiences during World War I as instrumental in shaping the story.

Is there a principle of inclusion reflected in this book/story and does it promotes understanding of cultural diversities and heritage?
Tolkien's fantasy offers the possibility of active, serious participation by the reader in an imagined world, which heightens one’s sense of Self and Other. This participation depends not only on the reader’s intentions but also on the moral plausibility of the fantasy world. The reward for this participation is a sense of wonder that enables the reader to return to the "real" world with enhanced understanding and appreciation–either of the world itself or of his relation to it.