The Gypsy, But the Most Beautiful - Book information

Book title
The Gypsy, But the Most Beautiful 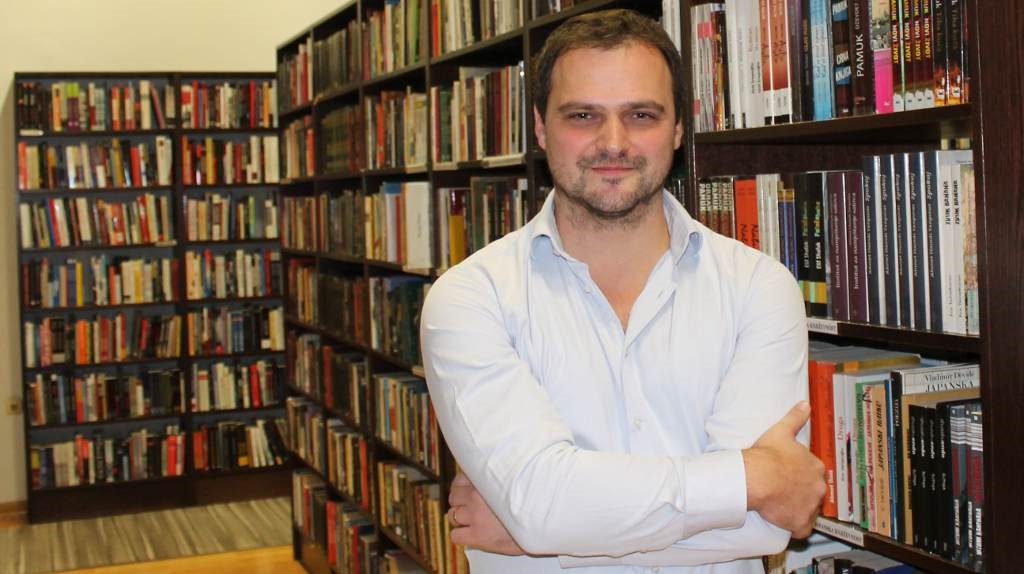 Theme
Contemporary. The mysterious murders and intricate investigations in Međimurje, the border region in the north of Croatia, with three major fabulous parts: the great and the tragic, the forbidden love of a Croatian woman and a Roma in  their settlements, the fate of a Kurdish refugee from Mosul and the investigation of a police inspector, a veteran of war.

Short summary
„The Gypsy, But the Most Beautiful" by Kristian Novak is a crime story, with an enigma, brutal killings of the unknown and an investigation. The four characters  tell the same story in confessional form in rashomon way. Milena, the middle -aged of woman from Međimurje, returns to her native village of Sabolščak after her marriage broke down and she got sacked. Her young lover, Roma, Sandokan, known as Sandi, tries to live somewhere in the limelight between his own and the 'whites', where neither his nor 'strangers' really truly accept him. He does not belong anywhere. Then there is Nuzat, a Kurd on a refugee journey  from Mosul, to Calais. On the hopeless journey, Nuzat loses money, health, humanity and freedom, not coming to that, almost mythical, Calais. And finally, there is Zagreb Police Inspector Plancic, a merciful opportunist. The novel covers broadly, the course of several lives will meet between the Drava and Mura streams. It brings two biographies "from the cradle to the grave", captures and reconstructs at least three cultural circles, giving strong psycho portraits of their four speakers and the abundance of mass psychology.

Why is the story appropriate for the targeted groups of RSP readers?
The theme is contemporary, from Croatian reality, understandable to a young reader with the attractive motifs of police investigation, exotic surroundings, social and political turmoil and passionate forbidden love.

What are the distinguished readers interests reflected by this book/story?
Intertwined socio-historical, criminal, love, political motifs of, in accordance with the expressed interests in conducted surveys.

Why is this story motivational for the pupils?
The short story is a memory of traditional schools when students still visited schools. There is the irony that our students do not appreciate the possibility of visiting schools and having classmates.

Is there a historical, political, multi/inter cultural, migrant or similar context recognized in this book/story?
The novel deals with several identities: one is the majority, the white one, the other is the minority, the Roma, the third is the Croatian, the fourth is the refugee, the Kurdish and the Arab. There are convincible descriptions of the Roma village, multicultural and intercultural clashes, refugee camps and troubled journeys to the unknown, as well as the atmosphere in Mosul, long lines of refugees crossing the rivers between Turkey and Greece, Greece and Macedonia ..., unusual meetings of migrants from the East and Roma minority in Medjimurje ...

Is there a principle of inclusion reflected in this book/story and does it promotes understanding of cultural diversities and heritage?
The principle of inclusion is reflected throughout the novel, which strongly and deeply promotes the ideas of coexistence, support for differences and the different empathy, acceptance and understanding of cultural differences and the socio-historical heritage.