Title of Activity
Book or film?

The aim of the lesson: The aim of this activity is to develop reading literacy of students, encourage their reading skills, use of their competences at the analysis and interpretation of the initial texts, to strengthen their language skills at verbalisation of their finding and to expand the vocabulary of students.

Working with the text in national and foreign (English) language. The aim of this activity is to give the students an idea about the chosen piece of work.

Bilingual curriculum: The study of literature is focused during the second year on reading comprehension of literary texts which are based on the interests of the students which involves serious literature, too. The aim of the curriculum is to teach students to work with the text, to analyse the texts. Understanding texts, weighing their merits, and utilizing the information they offer are skills that teenagers draw on throughout the curriculum. 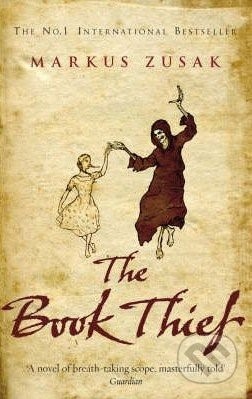 The Book Thief is a 2013 American-German war drama film directed by Brian Percival and starring Geoffrey Rush, Emily Watson, and Sophie Nélisse. The film is based on the 2005 novel The Book Thief by Markus Zusak and adapted by Michael Petroni. Official trailer: https://www.youtube.com/watch?v=92EBSmxinus

The expected outcomes of the lesson are:

Both the teaching method and the text can help in increasing students’ interest in reading. This text promotes a female character with whom girls can identify. But on the other hand it introduces as well male protagonists. Reading out loud can be motivational and inspirational for the students. They can understand the serious tone of the text.
The teacher monitors the students so as to make sure they cooperate effectively. The volume of given fragments of books can be adapted to the potential of a group - fragments can be shorter - by cutting less important paragraphs, or be expanded to additional fragments of the same novel.