A Game of Thrones - Book information 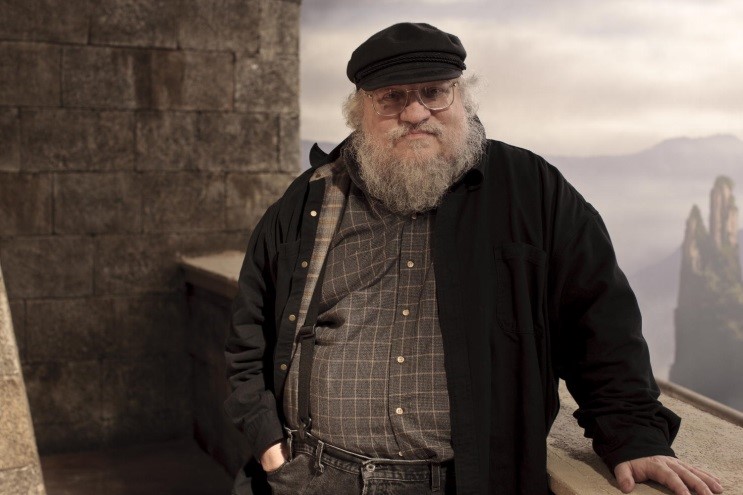 Theme
The conflicting demands of duty and love. The corrupt nature of politics.

Short summary
A Game of Thrones takes place over the course of one year on or near the fictional continent of Westeros. The story begins when King Robert visits the northern castle Winterfell to ask Ned Stark to be his right-hand assistant, or Hand of the King. Bran Stark falls while climbing around the castle and later on he is almost murdered by the queen. Robert rides with his two daughters to King´s landing. John Snow, Ned Stark´s bastard becomes a member of the Night´s Watch. Later on the King is killed and Ned Stark is accused of treason and is executed. Daenerys the previous king´s daughter marries Khal Drogo who promises to help her to get back the throne. But he is wounded and after using blood magic on him Drogo is alive but brain dead. Daenerys sets a funeral pyre to burn Drogo. Daenerys also places the three dragon eggs into the pyre. As the fire burns, Daenerys walks into it, and when finally it clears, she appears with three newborn dragons at her breast.

What are the distinguished readers interests reflected by this book/story?
-

Why is this story motivational for the pupils?
The story is made into a series which is very popular among the teenagers the story is a fantasy story but on the other hand it is a historical story as well. The story is about courage, strength but as well about the importance of family relationships.

Is there a principle of inclusion reflected in this book/story and does it promotes understanding of cultural diversities and heritage?
Even if the story is based on a fantasy world it still introduces different cultures and their traditions and habit, it shows how we insist on our family bonds and how much do people want to preserve their traditions.