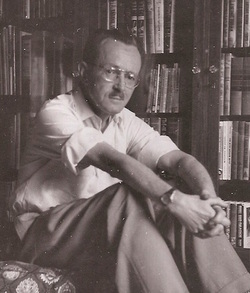 Short summary
These two short stories complement each other: in Pattern, Miss Macy sprays insecticide in her garden, likewise the giant aliens spray a lethal substance on the earth. In Sentry, the main character, a sentry on a distant planet kills an alien, a repulsive two-eyed and two-legged creature, that is a human being.

Why is the story appropriate for the targeted groups of RSP readers?
The two science fiction stories make young readers reflect upon somewhat arrogant attitudes that often characterize those people who feel superior to others; they may also wonder about different perspectives on humans and on aliens .

What are the distinguished readers interests reflected by this book/story?
In each story, the narrator employs an unexpected point of view, thus driving young readers to consider the consequences of superficial behaviours, which are often the outcome of prejudices.

Why is this story motivational for the pupils?
The unexpected end and the narrative technique of estranging effect are extremely appealing to young readers, who are eager to read other similar texts.

Is there a historical, political, multi/inter cultural, migrant or similar context recognized in this book/story?
No, there isn't.

Is there a principle of inclusion reflected in this book/story and does it promotes understanding of cultural diversities and heritage?
The theme of diversity is dealt with at a science fiction level: aliens and humans.